Part 2: Employee Stress Caused by the Legal Problem Itself 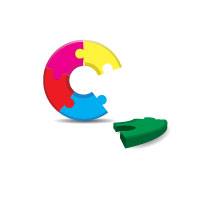 In the first part of the Missing Piece Series, we introduced the idea that there is an undiscussed factor of employee and financial wellness: employee stress directly affected by personal legal crises and emergencies. We will examine the first of four major challenges that cause employees to seriously misunderstand the legal system and handle associated emotional stress: the stress caused by the legal problem itself.

One of the most obvious problems is when an employee files for divorce or is served with divorce papers. The stress level skyrockets, particularly if the divorce was unexpected, because the employee must respond immediately to the divorce petition. Chances are, the employee feels lost, life is turned upside down, issues with children must be ironed out and there is the prospect of losing friends, a lifestyle and financial and material holdings acquired during the marriage.

The employee’s concentration shifts away from work to divorce, and feelings of betrayal, frustration, anger and even rage emerge against the spouse who is “doing this.” Managers or supervisors who have witnessed an employee going through a lengthy and nasty divorce can attest to the effects on the workplace, which can be turned upside down.

But that’s not all. Studies compiled by Life Innovations in 2006 on behalf of the Marriage Commission had key findings:

There are other examples in which the legal problem itself can be the cause of major stress because of the high costs of battling or defending a lawsuit. These may include being sued to recover an unexpected and substantial medical expense incurred by an employee, a lawsuit to recover damages and serious injuries caused by an employee’s spouse’s or child’s car accident, and lawsuits over evictions, repossessions, creditor pressures, collection calls, foreclosures and mortgage or student loan defaults. Each of these situations causes serious and increasing amounts of employee stress, as well as worry, anxiety, concerns, upset, anger, depression and even rage in some instances.

As we can see, stress caused by legal matters can affect your employees. In the next part of the series, we will consider the challenge of exorbitant costs of legal help and solutions.